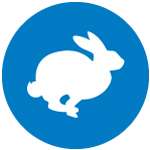 The native plants and animals of the Northern Agricultural Region adapted to life on an isolated continent over millions of years. Since European settlement, they have had to compete with a range of introduced species, including some new predators. Introduced species can spread rapidly and become invasive once they have established populations in new areas. This is often because they are released from the natural predators and fatal diseases that control their numbers at home. Some also have high reproductive rates. Invasive species can have an adverse and often very damaging impact on people, agriculture and the natural environment. Feral animals can compete with and predate on wildlife and livestock. They can also spread diseases and parasites and cause soil erosion in degraded areas, including waterways. Weeds are a significant threat to our natural landscapes, agricultural lands, waterways and coastal areas because they displace native species and contribute to land degradation. The prevalence of invasive species can exacerbate the impact of land use change and climate change (DAWE 2020; DPIRD 2020).

Methods of controlling invasive species include localised eradication, periodic reduction, sustained reduction, removal of the most destructive individuals or exclusion of invasive species from a predetermined area (Australian Weed Strategy and Pest Animal Strategy; DAWE 2020). The main aim of invasive species management is to prevent invasions. Once a species has become established, the focus is on minimising the damage it causes in the most cost-effective way. Conventional control methods for feral animals include trapping, baiting, fencing and shooting. Conventional control methods for invasive weeds include manual removal of weeds and treatment with herbicides. Biological controls can be effective in some cases. Rabbits  and Paterson’s Curse are two good examples. Prevention, detection and early intervention are crucial to prevent new invasive species from becoming established. As invasive species rarely respect land tenure boundaries, coordinated effort amongst many different landholders is required to effectively manage invasive species (DAWE 2020; DPIRD 2020).

Invasive species also directly threaten the traditional way of life of many Aboriginal people across the region. Invasive species can seriously affect the growth and survival of natural timbers, livestock, crops, fish stocks, plants and animals. Aboriginal people in the region rely on these resource for food and cultural practices. Aboriginal groups across Australia successfully manage invasive species using traditional land management techniques such as cultural fire, participatory mapping, place-based management bringing cultural values to the fore, exclusion fences and trapping and removal of feral animals. Managing weeds and feral animals contributes to caring for Country and provides employment and training opportunities for Aboriginal people (Ens et al 2015, Western Mulga). Invasive species management is not only a technical, economic and environmental issue. It is also, fundamentally, about the relationships between people and their lands and waters and Traditional Owner’s knowledge and priorities must be a central part of planning processes to manage invasive species.

There are many introduced fauna species in the Northern Agricultural Region (NAR). Some examples include:

In addition to the above, there are at least 13 species of introduced mammals in the region. These present the greatest threat to wildlife and agriculture of all the introduced fauna. Regional Biosecurity Groups in the NAR have identified feral pigs, wild dogs, rabbits and red foxes as priorities for control and management. These animals can move easily though the landscape, significantly impact on agricultural productivity and the environment and require large-scale, coordinated action for their control. Feral cats and goats are nationally important invasive species. They also have a significant impact on native wildlife and vegetation in the NAR. Feral donkeys, horses and camels are not currently present in large numbers (DPIRD 2020 Large Feral Herbivore Strategy). Rats and mice could become a serious problem if they were to establish populations on our offshore islands, particularly where seabirds breed. Ongoing efforts focus on preventing island invasions. Western Australia’s State Barrier Fence plays a vital role in preventing invasive animals such as wild dogs from moving into the State’s agricultural areas from pastoral areas in the east (DPIRD 2020).

Invasive diseases, fungi and parasites in Australia affect many native plants and animals and agricultural crops (DAWE 2020). Native plants and animals often have limited resistance to introduced diseases, fungi or parasites and may not respond well to treatment. Introduced diseases have contributed to significant losses of some species and have caused species to become threatened or extinct.

The diseases, fungi and parasites currently of primary concern for native species in the NAR are chytridiomycosis, Phytophthora dieback and Psittacine beak and feather disease. Chytridiomycosis, caused by the chytrid amphibian fungi Bactrachochytrium dendrobatidis and Bactrachochytrium salamandrivorans, is an infectious disease implicated in mass die-off events and extinctions of frog species since the 1990s. In Australia, it is thought to have directly caused the extinction of four frog species. It threatens the survival of at least 10 more. In the NAR, chytridiomycosis has been recorded in the Motorbike Frog and the Moaning Frog (Atlas of Living Australia 2010).

Phytophthora cinnamomi is a water mould that spreads easily, causing disease, death and potential extinction in susceptible plants. It can be difficult to detect, remaining dormant for long periods during dry weather. It can cause permanent damage to ecosystems and landscapes before it is detected and is almost impossible to eradicate once established. Project Dieback has created a distribution map of Phytophthora dieback in south west WA.  Footwear, tools and vehicles must be clean on arrival and departure to minimise spread of the disease from one site to another. It is also important to source pathogen-free plant stock and dispose of garden waste carefully.

The highly infectious psittacine beak and feather disease is the most common viral disease among parrots. It suppresses immune function and can cause feather and beak abnormalities leading to very high death rates in nestlings. There is no effective treatment and it is difficult to eradicate once established. The endangered Carnaby’s Black-Cockatoo, which breeds in the NAR, has the potential to be gravely affected by this disease. Maintaining good quality habitat for foraging and breeding lowers the risk of birds contracting and spreading beak and feather disease.

Some native species are particularly good at taking advantage of altered environments around human settlements, farms and roads. These species may start to increase in number. They can become pests, impacting negatively on agricultural productivity and on other native species. The Department of Primary Industries and Regional Development has included 20 native species on its list of declared pest species (DPIRD 2018), 16 of which occur in the NAR. They are all classified as C3 species, meaning that they are known to or are likely to have a significant adverse effect given sufficient numbers. Localised eradication may be undertaken, but not as part of a coordinated campaign. Regional Biosecurity Groups have identified Western Corella Cacatua pastinator and Little Corella Cacatua sanguinea, Emus Dromaius novaehollandiae and Wild Dogs (which includes native dingoes Canis lupus dingo, feral domestic dogs Canis lupus familiaris and their hybrids) as native pests of particular concern in the NAR.

Department of Agriculture, Water and the Environment – Invasive species http://www.environment.gov.au/biodiversity/invasive-species

Department of Agriculture, Water and the Environment – Pests  diseases and weeds https://www.agriculture.gov.au/pests-diseases-weeds