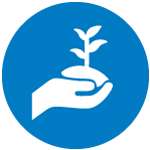 The Northern Agricultural Region (NAR) has a rich history of agriculture and fishing. Broadacre farming is the primary land use. Mining and tourism are also influential industries in the region, employing large numbers of people locally.

Just over half of NAR residents are employed (54%, Australian Bureau of Statistics 2016). A third (32.5%) are outside of the workforce, e.g. retired people and students, and the unemployment rate is around 4%. Outside of the Greater Geraldton area, agriculture (including fisheries) employs the most people throughout the region. Residents of the region are also employed in mining, construction, and a range service industries including health care, retail, education, hospitality, public administration, and logistics (ABS 2016).

Agricultural production in Western Australia is worth $10.7 billion a year and relies largely on the production of wheat, barley, oats, canola, wool, and cattle (DAWE 2020).

The fishing industry in Western Australia includes both aquaculture and wild-harvested seafood and is worth approximately $634 million a year (DAWE 2020). This figure refers to the gross value of production (GVP), excluding indirect economic value generated by fisheries along their supply chains.

The coastline and islands of the NAR falls within the West Coast Bioregion (DPIRD 2019), where the principal commercial fisheries are the very valuable Western Rock Lobster and the West Coast Demersal Scalefish Resource. Smaller fisheries in the region include a growing number of Octopus fisheries, and there is a lot of recreational fishing along the coast.

Aquaculture activities include marine algae production at Hutt Lagoon and the scallop and black pearl oyster fisheries at the Abrolhos Islands. The real value of Western Australian aquaculture has declined by almost 50% over the past decade, mostly due to a reduction in the value of Pearl Oyster production (DAWE 2020). A Mid West Aquaculture Development Zone was established in 2017, located across an area of open water between Geraldton and the southern Houtman Abrolhos Islands, and there is potential for a growing number of aquaculture ventures to establish there.

The mining industry in Western Australia is worth $172 billion a year, with sales of iron ore accounting for around 60% of this total (DMIRS 2020).

The resources extracted in the NAR include oil and gas, mineral sands, talc, construction materials and iron ore. The mining industry has rapidly expanded and now covers over 200 operating mine sites (MINEDEX 2020). Mining contributes approximately $1.5 billion a year to the local economy.

The tourism industry in Western Australia is worth $12.9 billion a year. Tourism is also a rapidly expanding sector in the NAR, particularly along the coast, and is worth at least $505 million a year (Tourism Research Australia 2019).

Some of the State’s most exciting nature tourism attractions are located in the NAR, including the Pinnacles, New Norcia, Kalbarri, Murchison River Gorges, Wildﬂower Country, the Houtman Abrolhos Islands and the Batavia Coast.

The population is diverse. Around 75% of residents were born in Australia and 15% were born overseas, in the United Kingdom, New Zealand, the Philippines, South Africa and at least 37 other countries. No data are available for the remaining 10% of residents.

Countries of origin of NAR residents

Hover over the different countries to see the number of people from each country now living in the Northern Agricultural Region. The map uses 2016 Australian census data published by the Australian Bureau of Statistics.

The Noongar (also spelled Nyoongah or Nyungar) and Yamaji (also spelled Yamatji) Peoples are the Traditional Owners and original natural resource managers of the NAR.  According to the 2016 Australian census, approximately 6% of the population of the NAR are of Aboriginal and / or Torres Strait Islander descent.

The Yamaji People are the Traditional Owners of the land and coastal waters extending north from the coast at Green Head, to Onslow and the Ashburton River. There are at least six language groups within the Yamaji region of the NAR.

The Yamatji Marlpa Aboriginal Corporation is the Native Title Representative Body for the Pilbara, Mid West and Gascoyne regions of Western Australia. The Yamatji Southern Regional Corporation Limited negotiated the settlement agreement for the Southern Yamatji, Hutt River, Mullewa Wadjari and Widi Mob claims which were signed on 7 February 2020.

The Noongar People are the Traditional Owners of the land and coastal waters south of Coorow and Lake Moore. There are at least two distinct language groups within the Noongar region of the NAR, and the geographically dominant language group is Yuet (or Yued).

European settlement of the NAR started in the early 1800s with the discovery of coal, copper, and lead deposits and the identification of pastoral opportunities in the region. Although inland settlements once thrived as a result of labour intensive industries which required large numbers of local residents, technological advances in agricultural machinery and transport reduced labour requirements. Remaining labour needs are largely seasonal and favour a smaller resident population with transient workers.

Although population numbers are likely to change substantially within particular Shires, population forecasts for the NAR as a whole suggest the total population is likely to be relatively stable.

Population growth is a major driver of environmental change at the local, state and national level. For Shires where substantial population growth is forecast, the demand for resources such as water, energy, food and raw materials and the need for space and infrastructure will increase as the population expands. This could result in direct impacts on the environment and local landscape.

Western Australia Tomorrow population forecasts by the Department of Planning, Lands and Heritage suggest that the population of the NAR will remain a relatively stable 65,000 people by 2031 (Report 11, 2016).

Department of Agriculture, Water and the Environment (DAWE) 2020, About My Region – Western Australia

Department of Primary Industries and Regional Development 2019, Status Reports of the Fisheries and Aquatic Resources of Western Australia 2017/18: State of the Fisheries.