The Lancelin and Edwards Islands Nature Reserve are located at the southern end of the Turquoise Coast islands nature reserve group. Lancelin Island has a high diversity of plants, supporting over 50 plant species, and is home to the endemic and threatened Lancelin Island Skink Ctenotus lancelini. The western side of Lancelin Island is protected in the Lancelin Island Lagoon Fish Habitat Protection Area.

The economy of the Shire of Gingin depends primarily on agriculture, fisheries and related services, as well as the construction industry and hospitality sector.  Local farming includes the production of broad acre cereal crops (wheat, canola, lupins, oats), irrigated horticultural crops (fruits, vegetables), and livestock (poultry, pigs, sheep and cattle). The fisheries sector is focused on a large, although now declining, western Rock Lobster industry. The coastal towns and diverse natural environments within the Shire are attractive and popular holiday destinations and tourism is an important part of the economy.
CSV  Download
Chart by Visualizer

The coastline of the shire is dominated by the Kockatea formation, formed in the Triassic period and consisting of shale, minor siltstone and sandstone. Beekeepers Nature Reserve lies on the Lesueur Sandstone formation, which consists of quartz sandstone with subordinate granule conglomerate and minor siltstone. To the east, the Eneabba formation, formed during the Jurassic period, is interbedded with red-bed sandstone and siltstone. The coastal landscape is dominated by the flat sandy soils of the Swan Coastal Plain. Inland, the terrain is undulating and includes a number of fresh water lakes and streams.

The shire is located within the Dandaragan Plateau (SWA01), Perth Swan Coastal Plain (SWA02) and Northern Jarrah Forest (JAF01) IBRA sub-regions and is characterised by Jarrah and Marri woodlands and Banskia heath on sandy soils. Ten Threatened Ecological Communities (TECs) are found in the shire. These include three national TECs, the vulnerable Subtropical and Temperate Coastal Saltmarsh, the endangered Banksia Woodlands of the Swan Coastal Plain and the critically endangered Claypans of the Swan Coastal Plain. The other TECs are the Shrublands and Woodlands on Perth to Gingin Ironstone, the Shrublands and Woodlands on Muchea Limestone, the Forests associated with deep seasonal wetlands on the Swan Coastal Plain, the Saline Shrublands of Clay Pans, the Dense Shrublands of Clay Flats, Shrublands on Dry Clay Flats and the Melaleuca Shrublands on Limestone Ridges.  Gingin Brook and the Moore River are home to important populations of the endangered Western Dwarf Galaxias Galaxiella munda and the vulnerable Carter’s Freshwater Mussel Westralunio carteri, as well a high diversity of other freshwater fish and crayfish species. A large part of Jurien Bay Marine Park is also located off the coast of the shire. The islands in the Marine Park are home to endemic species like the vulnerable Lancelin Island Skink Ctenotus lancelini, important haul out and pupping grounds for vulnerable Australian Sea Lion Neophoca cinerea and important breeding grounds for seabirds including Wedge-tailed Shearwater Ardenna pacificus and Roseate Tern Sterna dougalli.

The main land uses in the Shire of Gingin are agriculture, horticulture, residential, recreation and nature conservation. Of the total land area, 37% is arable. The 217, 603 ha total area of agricultural holdings is operated by 94 agricultural businesses and produced agricultural commodities worth $14, 255, 301 gross value in 2016 (ABS 2018).

The Bambanup Nature Reserve covers ~140 hectares near Bambun Lake, which contains water year round.  The lake was a popular picnic spot in the 1900s.

The Bashford Nature Reserve is a small reserve covering ~140 hectares near Nilgen.

The Boonanarring Nature Reserve was gazetted in 1991 and covers ~12 500 ha. The reserve is unique, with an ecotone of 10 vegetation types from the Swan region not found together on any other conservation reserves. Boonanarring is home to over 570 plant species, 13% of which are of special interest, many bird species and at least three significant small mammal species (Moore et al 2016).

The Bootine Nature Reserve covers ~97 ha and contains the largest known remnant of the endangered Threatened Ecological Community known as Shrublands and woodlands on Muchea Limestone of the Swan Coastal Plain.

The Breera Road Nature Reserve covers ~148 ha and is located south of Gingin.

The Gnangara-Moore River State Forest covers ~55 874 ha including some pine plantation and extensive area of native vegetation south of Gingin. Not all of the State Forest falls with the Northern Agricultural Region.

The Nabaroo Nature Reserve covers ~11 ha and is located along the Karakin Brook near Cowalla.

The Nullilla Nature Reserve covers ~6 ha and is located south of Gingin.

The Timaru Nature Reserve covers ~104 ha and is located south of Gingin.

The Yeal Nature Reserve covers 15 458 ha and is located south west of Gingin. 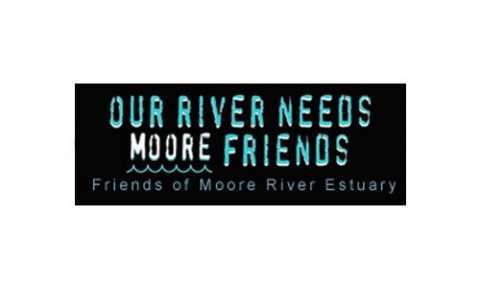 Around 5,310 people live in the Shire of Gingin (ABS 2016), the second largest population in the region. Of these, about 850 people live in the town of Gingin itself and around 1,180 people live in the coastal towns of Lancelin, Ledge Point, Guilderton and Seabird. The population in the Shire of Gingin increased by 10.1% between the last census in 2011 and the most recent census in 2016, and is projected to increase by a further 16.4% by 2031 (DPLH 2016). The Shire of Gingin is one of the fastest growing local government areas in Western Australia, fueled largely by its proximity to Perth. Approximately 24% of residents of the Shire of Gingin were born overseas and approximately 1.9% are of Aboriginal and / or Torres Strait Islander descent.
CSV  Download
Chart by Visualizer
Estimates of the resident populations as at 30 June are released annually for Local Government Areas (LGAs) in Australia by the Australian Bureau of Statistics. The estimates are generally revised 12 months later and final estimates are available after the following census. Visit the ABS website for further details.

Gingin Brook is an important perennial stream in the Moore-Hill Basin. It is 46km long and has a catchment of 1,370km2. The river system starts north of Gingin and flows into the Moore River ~12km east of Guilderton. Gingin Brook is the only remaining freshwater creek passing over the Swan Coastal Plain. It has almost permanent ﬂow since it is fed by springs and groundwater in addition to surface water flows.

The Gingin Groundwater Area covers over 6,000 km2 of land and yields ~207 million m3 of available groundwater per year. Usage in the area is high and resources are approximately 75% allocated. The largest aquifers occur in the Superﬁcial, Leederville, Parmelia and Yarragadee formations. Water quality is generally good, except in the aquifers along the Darling Scarp and in the coastal area south of Lancelin. The Leederville and Parmelia formations are currently over allocated.

The Gnangara Groundwater Area is bounded by the Moore River, Swan River and Gingin Brook. It covers 2,200 km2 and recharges from rainfall. The largest aquifers are the Superficial, Mirrabooka, Leederville and Yarragadee North. Groundwater levels are declining due to a decrease in rainfall in recent years, an increase in abstraction of groundwater and the Gnangara Pine plantation.

The Karakin Lakes are a good example of freshwater marsh, dominated by low sedges and grasses. Although the site has been modified by people over time, this type of wetland ecosystem is uncommon in south-western Australia.

This is part of a regionally significant group, the Bassendean group, and is recognised for its conservational values. Due to its proximity to surrounding nature reserves and national parks and the large area of freshwater wetlands on the site, it is likely to support a relatively high diversity of wetland biota.