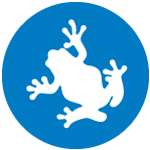 The Northern Agricultural Region is home to ~7,480 native plants and animals, including birds, mammals, fish, reptiles, amphibians, invertebrates and plants. Approximately 13% of these (at least 1,000 taxa) are endemic to the region. The NAR is located within the Southwest Australia Biodiversity Hotspot in WA, Australia’s only recognised international global biodiversity hotspot (Myers, N. et al. 2000; CEPF 2020). International biodiversity hotspots contain high levels of natural diversity that is under threat. Specifically they require a minimum of 1,500 vascular plant species to be present and to have lost at least 70% of their original habitat, representing a high threat to that diversity.

Noongar and Yamatji People are the original natural resource managers of the NAR. Much can be learned about biodiversity conservation in the region from their traditional land management practices. A recent study showed that total numbers of birds, mammals, and reptiles were highest on lands managed or co-managed by Aboriginal communities (Schuster et al. 2019). Many Aboriginal people continue to rely on Australia’s biodiversity, with bush foods, medicines and materials being an important part of local economies, personal identity and culture (Walsh et al. 2014). The concurrence of Aboriginal people and conservation is a cornerstone of land management for biodiversity in the region. Some examples of conservation in action include the work of the Aboriginal Biodiversity Conservation Foundation, Gunduwa Regional Conservation Association, Western Mulga, and Bush Heritage Australia’s Aboriginal Partnerships.

Approximately 22% of the region’s land area (including the islands) is protected through a high-conservation-value network of ~150 protected areas. Some of these areas include Kalbarri National Park, the Houtman-Abrolhos Islands National Park, Beekeepers Nature Reserve, Jurien Bay Marine Park and Lesueur National Park.

Biodiversity in the region is threatened by, amongst other things:

Management of these threats includes protecting the remaining native vegetation in the region, rehabilitating or restoring degraded areas to improve ecological function and connectivity, managing fire appropriately and limiting the impacts of invasive species.

Approximately 80 fauna species and nearly 900 flora species are considered under threat in the region.  Many of these threatened species are being managed under either approved or interim recovery plans (DBCA, DAWE). The Australian Government is particularly interested in NAR populations of Black-flanked Rock-wallaby, Chuditch, Malleefowl, Black Grevillea, Fitzgerald’s Mulla-Mulla and Glossy-leaved Hammer Orchid (National Threatened Species Strategy).

Approximately 20 amphibian species have been recorded in the Northern Agricultural Region, 17 of which are endemic to Western Australia (Frogs of WA 2020). These include the Motorbike Frog Litoria moorei, the Turtle Frog Myobatrachus gouldii and the Quacking Froglet Crinia georgiana. None of the amphibian species found in the NAR are endemic to the region or listed as threatened (DBCA 2020, DAWE 2020). Important habitat for frogs in the NAR include wetlands and streams as well as the coastal plains.

Approximately 270 bird species have been recorded in the Northern Agricultural Region, including those found offshore and on the region’s numerous islands (Menkhorst et al 2017, Birdata 2020). Although 26 of these are endemic to Western Australia at the species (11) or sub-species (15) level, only one, the Abrolhos Painted Buttonquail Turnix varius ssp scintillans, is endemic to the NAR. The Abrolhos Painted Buttonquail is an endangered species restricted to the Houtman-Abrolhos Islands off the coast of Geraldton.

The region is also home to significant populations of the endangered Carnaby’s Black Cockatoo Calyptorhyncus latirostris and the vulnerable Malleefowl Leipoa ocellata. Distribution maps for the endangered Australian Painted Snipe Rostratula australis include parts of the NAR, but there are no recently recorded sightings for this species within our region.

At least 1,220 invertebrate species have been recorded in the Northern Agricultural Region, of which 17 are conservation listed (NatureMap 2020). The region rates highly for species richness and endemism of several types of spiders, including Funnelweb and Trapdoor Spiders, as well as Bee Flies, Mydas Flies and Stinkbugs (NAR Biodiversity Summary 2011). Among the conservation listed species are a critically endangered short-tongued bee Neopasiphae simplicior; the endangered Shield-backed Trapdoor Spider Idiosoma nigrum; and two vulnerable species, the Carter’s Freshwater Mussel Westralunio carteri and the Spiny Katydid Austrosaga spinifer. There are four Priority One species, the Fan-winged Katydid Psacadonotus seriatus (NAR endemic); a brine shrimp Parartemia contracta; a water flea Daphnia jollyi and a bothriembryontid land snail Bothriembryon perobesus.

Approximately 15 species of freshwater fish and three native crayfish have been recorded in the rivers and streams of the Northern Agricultural Region (DPIRD 2020). The freshwater biodiversity of the region is unique and around 60% of the recorded species are endemic to southwest WA. None of the species that occur in the region are endemic to the NAR.

The region is home to significant populations of the endangered Western Dwarf Galaxias Galaxiella munda – found in Gingin Brook – and the Priority Two species Golden Gudgeon Hypseleotris aurea – found in the Murchison River. a small population of the endangered Balston’s Pygmy Perch Nannatherina balstoni, the rarest of all the endemic fishes of southwestern Australia, has been recorded the Moore River (DAWE 2008).

At least 450 species of coastal and marine fish have been recorded in the NAR (NatureMap 2020). Of these, 34 are likely endemic to Western Australia (Fishes of Australia 2020). None are endemic to the NAR but many interesting coral reef fishes utilise the waters around the Houtman Abrolhos Islands. Twelve of the recorded fish species are conservation listed and these include the critically endangered Grey Nurse Shark Carcharias Taurus, the vulnerable Great White Shark Carcharodon carcharias and the Priority Three Pouch Lamprey Geotria australis. Near threatened species present off the NAR coastline include the Common Seadragon Phyllopteryx taeniolatus and Leafy Seadragon Phycodurus eques.

Approximately 60 mammal species have been recorded in the Northern Agricultural Region, including those found offshore and on the region’s numerous islands (Menkhorst & Knight 2001, Atlas of Living Australia 2020). Eight of these are endemic to Western Australia and none are endemic to the NAR. Populations of the vulnerable Australian Sea Lion Neophoca cinerea breed in various locations acros the NAR from the Houtman Abrolhos Islands south (DBCA 2020, DAWE 2020).

On land, the region is home to isolated populations of the endangered Southern Brown Bandicoot or Quenda Isoodon obesulus (south of Guilderton), Dibbler Parantechinus apicalis (Boullanger and Whitlock Islands in Jurien Bay) and Black-flanked Rock Wallaby Petrogale lateralis (Kalbarri National Park) and the vulnerable Chuditch Dasyurus geoffroii (Kalbarri NP). The endangered Numbat Myrmecobius fasciatus and vulnerable Bilby Macrotis lagotis used to occur in the region but are now restricted to small reintroduced populations at Mt Gibson Nature Reserve on the eastern border of the NAR.

The vulnerable Gilled Slender Blue-tongue Cyclodomorphus branchialis can also be found within the northern areas of the NAR, near Kalbarri. However it is not restricted to the region. Two endangered species of turtle, the Leatherback Turtle Dermochelys coriacea and Loggerhead Turtle Caretta caretta, forage in the oceans off the NAR coast. Neither species breeds in the NAR. Efforts to protect them when they visit the region could include reducing incidental capture while fishing for other species and reducing plastic debris in the oceans. Plastic debris is sometimes eaten by turtles and can result in illness, entanglement and death.

Over 300 species of fungi have been recorded in the Northern Agricultural Region, 9 of which are currently listed as priority species (NatureMap 2020). There is one Priority One species (Xanthoparmelia sargentii, a lichen endemic to Western Australia), four Priority Two species (two lichens – X. xanthomelanoides and X. kondininensis, Pertusaria trachyspora – a rust fungus – and Amanita leseuerii – an agaric mushroom) and four Priority Three species (all lichens – X. dayiana, X. nashi, X. subimitatrix and Austroparmelina macrospora). The region’s fungi are understudied relative to other organisms, yet they are essential for recycling nutrients in terrestrial habitats and are the dominant decomposers of plant debris in the environment. Many species have established mutualistic symbioses with other organisms, such as cyanobacteria and green algae in lichens (Kendrick 2011).

The Northern Agricultural Region is extremely biodiverse when it comes to plants. It is home to ~40% of Western Australia’s unique flora and at least 5,000 plant species have been recorded in the region (Nature Map 2020). Approximately 20% of these species are endemic to the region (Richardson et al. 2014, Florabase 2020), and nearly 900 are of conservation concern. Currently, 16 plant species are critically endangered, 83 are endangered, 32 are vulnerable and an additional five are rare under the Environment Protection and Biodiversity Conservation Act 1999 (EPBC Act) and Wildlife Conservation Act 1954 (WC Act). There are a further 184 Priority One plants, 197 Priority Two plants, 280 Priority Three plants and 90 Priority Four plants listed by the Department of Biodiversity, Conservation and Attractions.  The region is home to the highest species richness of Acacias in the world. At least 270 Acacia species are found in the region, of which ~240 are endemic to Western Australia and 45 are endemic to the NAR.

Within the broadacre agriculture zone, 76% of native vegetation has been cleared and the remaining vegetation is highly fragmented, while only ~10% of native vegetation has been cleared in the pastoral zone (Richardson et al. 2014). One hundred and sixty-eight vegetation associations occur in the NAR and 74 of these are only found within the region (Richardson et al. 2014). There are 27 regional vegetation associations with <10% of the original extent remaining in the NAR, and 68 with limited extent (<2000 ha), leaving them vulnerable to increased risk of extinction (Hidden Treasures 2008).  Most riparian zone vegetation in the NAR is degraded and all riparian areas are in decline, driven by impacts from grazing, feral animals, exotic weeds and salinity.

A threatened ecological community (TEC) is an Australian ecosystem that is in danger of being lost and has been identified and protected under the Environment Protection and Biodiversity Conservation Act 1999 (DAWE 2020). There are six nationally recognised TECs in the Northern Agricultural Region. These are the critically endangered Claypans of the Swan Coastal Plain and Eucalypt Woodlands of the Western Australian Wheatbelt, the endangered Shrublands and Woodlands on Muchea Limestone, Shrublands and Woodlands on Perth to Gingin ironstone, and Banksia Woodlands of the Swan Coastal Plain and the vulnerable Subtropical and Temperate Coastal Saltmarsh.

The WA Minister for Environment has also endorsed 69 TECs in Western Australia (DBCA 2020), of which 20 are found within the NAR. Two of these TECs are presumed destroyed, namely the Acacia rostellifera forest on the Greenough Alluvial Flats and the Clay flats assemblages of the Irwin River. Of the remaining TECs found in the region, 12 are endemic and two (the Perth to Gingin Ironstone Association and the Lesueur-Coomallo Floristic Community A1.2) are listed as critically endangered. The Gingin area is a hotspot for TECs. Seven TECs occur there, one of which is endemic. Morawa is also a hotspot for TEC endemism, with the three TECs found there occurring nowhere else in the world. Excellent factsheets for each TEC, as well as links to their approved Recovery Plans and Interim Recovery Plans, are available from the DBCA website (2020).

Where an ecological community is considered under threat and there is limited information available, they are added to DBCA’s priority ecological communities (PEC) list and allocated a priority level motivating further investigation. Around 50 PECs have been identified within the Northern Agricultural Region. You can find a list of all the PECs in Western Australia here.

Trees & Shrubs for the Midlands and Northern Wheatbelt https://www.nacc.com.au/wp-content/uploads/2015/11/Trees-Shrubs-for-the-Midlands-and-Northern-Wheatbelt-2nd-edition.pdf